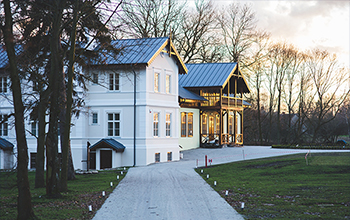 Find Out If A Property Has Ever Had a Claim Filed On It!
Do You Have A CLUE About Your Home and Its Insurance?

Have you ever been on the receiving end of some minor damage to your home and then called your insurance agent to find out if you are covered? You might want to think twice before making that phone call. Most homeowners aren’t aware of this but many home insurers count “inquiry calls”, those phone calls where you simply ask whether your policy will cover certain damages and then told that it won’t, as unpaid losses. Most insurance companies file loss information, paid or unpaid, into a centralized database called the Comprehensive Loss Underwriting Exchange, known as “CLUE”.

Even if you, as the policyholder, just make an innocent phone call and do not report any damage, there’s still a possibility the call will get logged into the CLUE Report as an unpaid loss. The information stays in the database record for five years, and can ruin homeowners’ chances of getting a standard policy the next time they apply for homeowner’s insurance. When a homeowner applies for a new policy, the insurance company usually orders a copy of his or her CLUE report. Two or more reported losses, depending on severity, can cause an applicant to be charged a double or triple premium or to be denied coverage altogether.

Innocent or not, many companies still report inquiry calls as losses, sometimes even when it’s just policyholders calling with basic questions about their coverage. And in the state of California, it’s required by law that all inquiries get reported.

Many insurance companies say they report all loss information and inquiries because multiple calls and losses can point out troublesome homeowners. However, the way insurers use the information can be frustrating to consumers. So many homeowners have encountered problems with information on their CLUE reports that the National Association of REALTORS® has established a task force to examine the CLUE database, and how it can be improved. Even the company that operates CLUE, Choice Point Inc., sent a memo to insurance companies last June asking them to report only calls in which an actual loss is determined, not just simple inquiries. Choice Point’s chief marketing officer, James E. Lee said “Each carrier has its own set of rules. Some companies log every call.”

While lawmakers in a number of states are trying to deal with this and restrain insurers over this issue, there’s not much consumers can do to fight back. However, homeowners can take several steps to protect their CLUE reports: